During a Storm or Tornado

A watch means conditions are right. That's the time to monitor the weather and check your preparations. If you live in or near the designated area, be especially alert when combinations of watches and warnings are issued at the same time.

A warning means now it's happening. It's time to act. 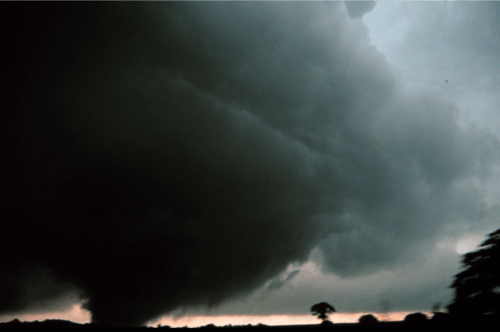 All storms produce lightning. If you can hear thunder, you can be hit by lightning and need to take precautions.

Most lightning deaths and injuries occur during common outdoor activities, including sports, unloading vehicles, mowing lawns, or standing underneath a tree. Your chances of being struck by lightning are estimated to be 1 in 600,000, but could be reduced by following safety rules:

Go inside if you hear thunder less than 30 seconds after the lightning flash. Stay inside until 30 minutes after the last thunder clap.

How Far Away is it

Any storm can produce flash flooding. Minimize your risk by avoiding areas that are most likely to fill with and channel swiftly moving water, such as low road crossings, storm drains, ditches, ravines, dry creek beds, or culverts. The leading causes of flood related fatalities are:

Find where to best seek shelter from a storm.